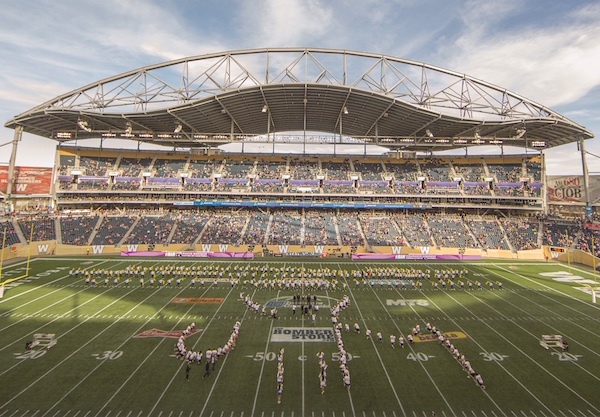 The University of Manitoba has launched an ambitious $500 million fundraising campaign.

The U of M took over the halftime show during Saturday’s Winnipeg Blue Bombers game to announce their lofty goal. Retired NFL football star and former U of M Bisons athlete Israel Idonij made the grand announcement.

The Front and Centre campaign has already raised $215,294,636 in gifts to date, with the rest expected to come from private and corporate donations. The university is also working to secure $150 million from the provincial government.

“I am not surprised at our progress. This is the Manitoba we know, one where people see an opportunity and respond in an amazing way,” said Dr. David Barnard, president and vice-chancellor of the University of Manitoba.

The campaign chair is Paul Soubry, president and CEO of New Flyer Industries, and a U of M alumnus.

“My father was an immigrant to Manitoba, who believed you must give back to your community more than you take. As a result, I am always looking for that opportunity to help out–to contribute to the place I call home,” he said.

The campaign is the most ambitious and transformational fundraising initiative in the province’s history.