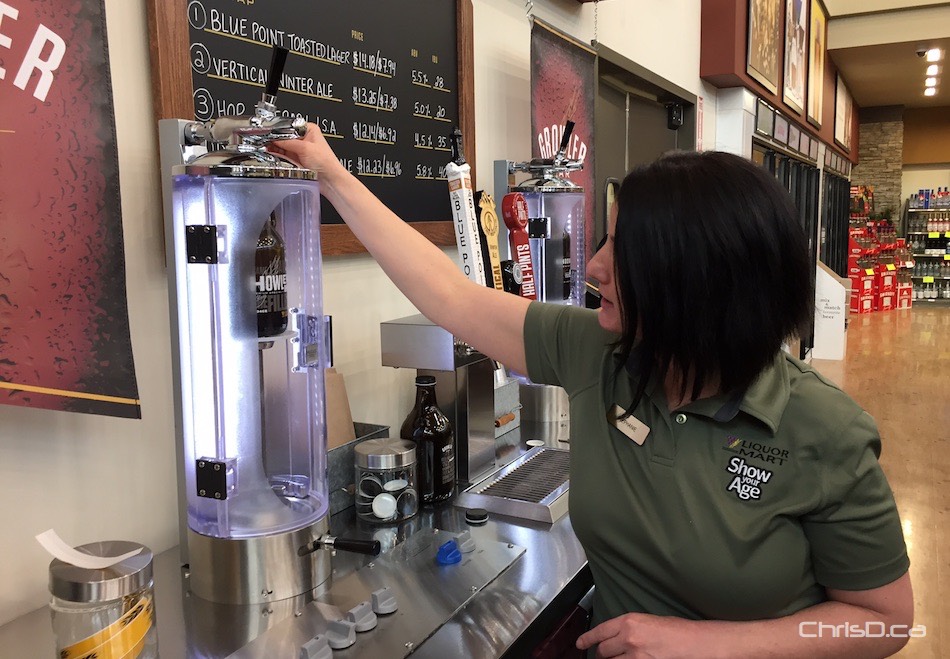 Stephanie Lussier fills up one of the new howler jugs at the Liquor Mart location in Fort Richmond on Wednesday, November 25, 2015. (CHRISD.CA)

WINNIPEG — The province is expanding the number of growler bars available at Manitoba Liquor Marts by adding four more.

What began as a pilot project last October has quickly taken off and garnered a great amount of interest among beer-drinkers.

Manitoba Liquor and Lotteries has partnered with a number of local breweries to support the project, and also announced a new 946ml howler on Wednesday. Howlers are half the size of a typical growler and can be filled at any participating location for $3. A regular sized growler bottle is $4.