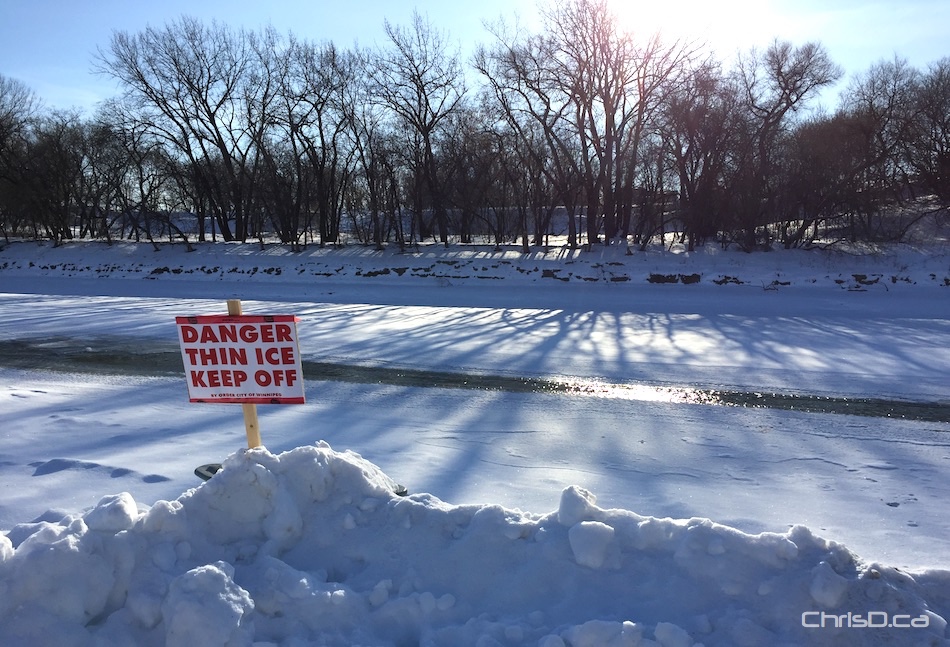 Open sections of water were visible on the Assiniboine River at The Forks on Tuesday, January 5, 2016. (CHRISD.CA) 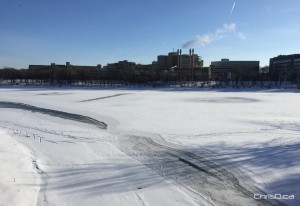 The Red River also has portions of open water, as seen on Tuesday afternoon. (CHRISD.CA)

Thin ice may keep Winnipeg’s most popular winter attraction on land this winter.

The river trail at The Forks is in jeopardy as warmer than normal temperatures stick around into the first week of January. Open sections of water on both the Red and Assiniboine rivers have kept crews off the ice and unable to prepare for the skating trail.

But skaters aren’t completely out of luck while waiting for Mother Nature to cooperate. On-land skating trails are open across the old railway bridge, as well as throughout the Arctic Glacier Winter Park behind the Inn at The Forks. The canopy skating rink is also open.

The river trail typically opens in January with an ice resurfacer leading the way during an opening ceremony, but unless temperatures significantly drop for a week straight, plans could change.

Thin ice and warmer weather is also keeping RAW: almond off the river this year, forcing organizers to set up on land south of the Assiniboine River.