Scotties Tournament Returning to Winnipeg in 2017 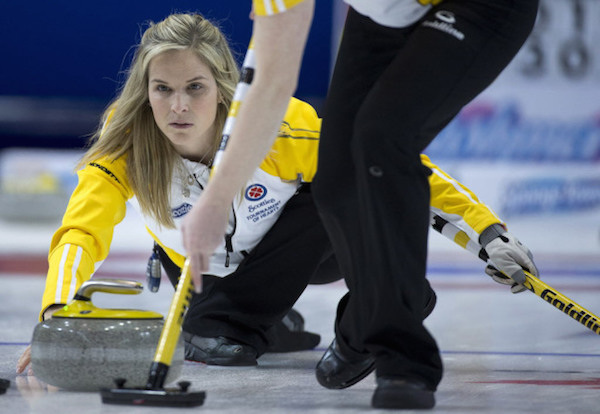 Manitoba skip Jennifer Jones makes a shot during a morning draw against P.E.I. at the Scotties Tournament of Hearts in Moose Jaw, Sask. Thursday, Feb. 19, 2015. (THE CANADIAN PRESS/Jonathan Hayward)

The best in Manitoba women’s curling will be played in Winnipeg next year.

The Charleswood Curling Club will play host to the 2017 Manitoba Scotties Tournament of Hearts at the Eric Coy Arena.

CurlManitoba executive director Craig Baker says details of the hosting agreement are still being ironed out, but the first big step in finding a venue has been secured.

“The last Manitoba Scotties in Winnipeg was in 2002. We think it is more than time to bring the event back to Winnipeg and we’re sure Winnipeg curling fans will be as excited as we are by the chance to watch these amazing female athletes so close to home,” said Jim McRae, president of the Charleswood Curling Club.

The 2016 edition of the championship will be played in Beausejour’s SunGro Centre, January 19-24.