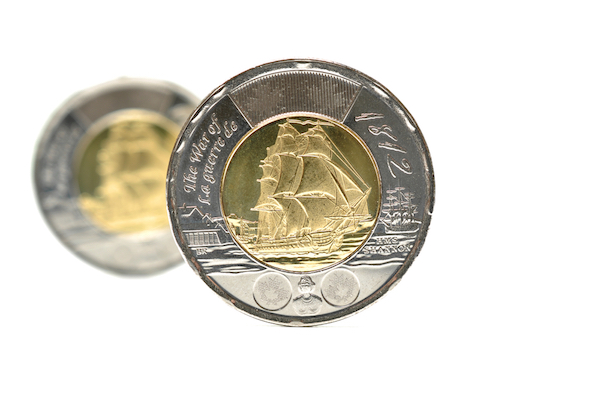 The two-dollar coin, or Toonie as it’s more affectionately known, turned the big 2-0 on Friday.

The coin replaced the $2 banknote on February 19, 1996 and nearly 883 million Toonies, featuring nine different reverse (or tails) designs, have entered circulation since then.

“Over the last 20 years, our two-dollar circulation coin has efficiently served Canadian commerce and given the Mint many opportunities to celebrate Canada through special commemorative designs,” said Sandra Hanington, president and CEO of the Royal Canadian Mint. “It is now time for us to shine a spotlight on the Toonie by wishing it a happy 20th birthday.”

In 1996, the two-dollar coin became Canada’s first bi-metallic coin, with the inner core and outer rim solidly bonded by a locking system patented by the Royal Canadian Mint. The core was made of a copper alloy and the ring was pure nickel until 2012, when the Mint modernized Canada’s highest-value circulation coin by changing its composition to multi-ply plated steel, while still preserving its bi-metallic appearance, and adding advanced security features to its surface. In 2013, the International Association of Currency Affairs recognized these advances in coin security as the world’s best new coin innovation.

See the below infographic for more: