NDP Leader Greg Selinger Resigns, Will Stay on as MLA 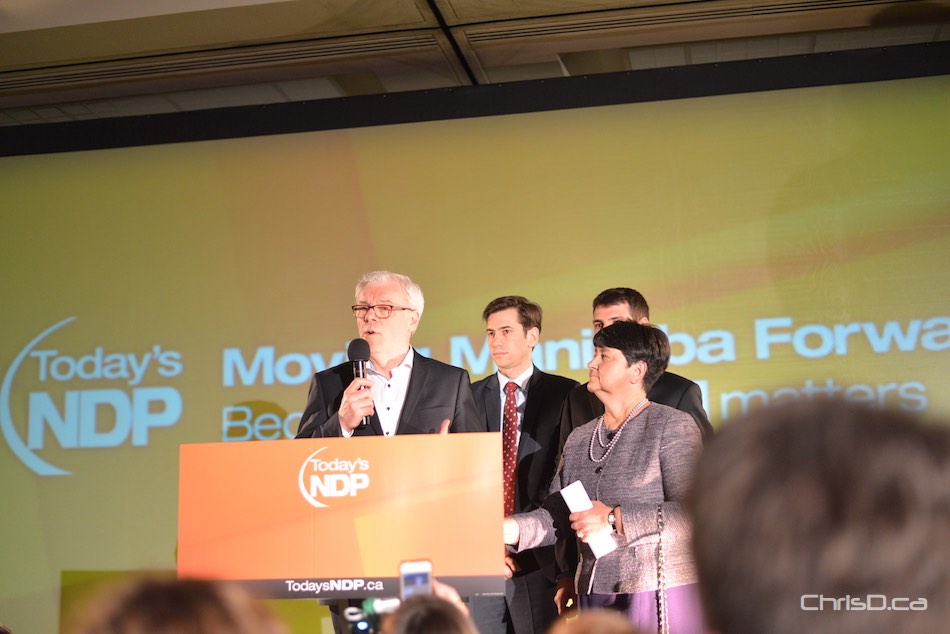 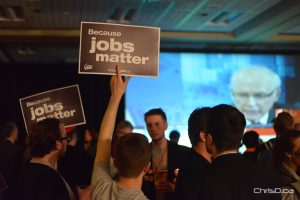 WINNIPEG — “Democracy has worked tonight. Yes, it has.”

Manitoba New Democratic Party leader Greg Selinger talked over a crowd of beaming supporters at the RBC Convention Centre Tuesday evening, after losing his majority government to the Progressive Conservatives. It marked the end of 16 years in power for the NDP, and also the end of Selinger’s run as party leader.

“I will and I have already, talked to the president of the party, and I’ve offered my resignation.”

Supporters at NDP headquarters took the news with mixed emotions.

“It’s a tough night,” Rob Ferguson said as the last results came in. “The polls were the way they were. We saw that going in. Doesn’t make it any easier.”

But like Selinger, Ferguson had faith in the democratic process.

“The people spoke. The people are never wrong. This is something we rebuild from.”

During the election campaign, Selinger and his party saw criticism over “broken promises,” including the one per cent hike to the PST. The unrest that followed resulted in a leadership crisis, with senior cabinet members calling for Selinger to resign.

After his concession speech, Selinger said he is pleased the party will be the official opposition. 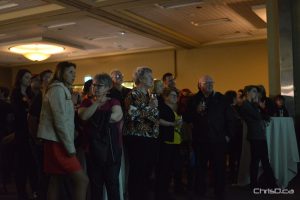 “It’s very clear that the people of Manitoba have given a mandate to the Conservative government,” he said. “Do I wish there were more people in the caucus? You bet I do. Do I wish some of the people who lost their seats had not lost their seats? Absolutely. But I take responsibility for that tonight.”

Selinger said he hopes some of the members who lost seats will find their way back into political life.

“It just kills me to see really excellent people who have worked their hearts out for the people of Manitoba to lose their seats. It’s not that they did anything wrong, they were tireless in their efforts, they were persistent in making sure they worked for Manitobans every single day.”

For the party members who won new seats or kept their ridings, Selinger was optimistic.

“There’s excellent people who have been elected tonight. We have a good mix of new people, we’ve got good diversity in the party, we’ve got veterans who have been there for a while, and we have mid-career people. So, we’ll have an effective caucus.”

One supporter agreed. Rachel Morgan said she was disappointed in the result, but proud of how the party worked in a difficult climate.

“They’re all strong voices. It’s going to make for a very interesting question period. These are all folks who are passionate.”

Selinger said he would continue to serve as MLA for Saint Boniface, but would recommend the party appoint an interim leader after election night.

Looking forward, Selinger said the NDP was committed to their new role as opposition.

“I believe that the future of Manitoba is ripe, and we will as an opposition work with the government to move it forward and hold them to account for their promises as they have done us.”