Home » Columns » From the Comfort of Your Couch

From the Comfort of Your Couch 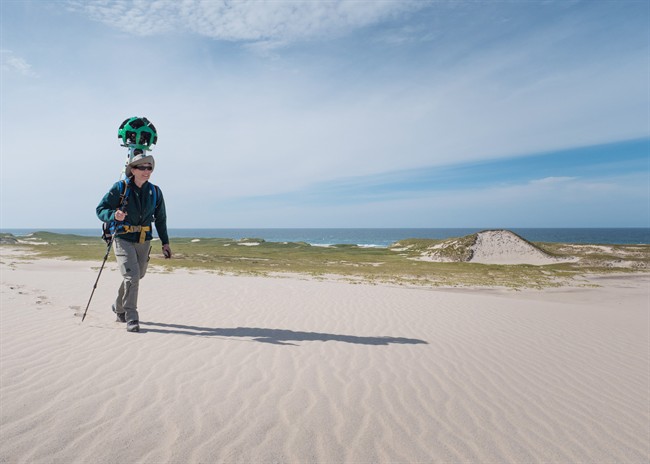 NEEPAWA, Man. — Thanks to modern technology, from the comfort of my couch, I can take a drive down the Champs-Élysées, through Times Square or past Stonehenge. This is all because of Google’s Street View images, which work with Google Maps to provide 360° images of locations around the world.

While only available in major cities when it was launched in 2007, the camera-equipped Google Street View cars have been seen in more and more places. In 2012, Google announced that it had mapped 5 million miles of roads, covering 39 countries and about 3,000 cities. Today, you can take Street View tours of small Manitoba towns such as Riding Mountain and Bradwardine.

As time has passed, Street View’s scope has extended far beyond the world’s streets. Thanks to Google Trekker, the database now includes 360° views of major attractions that can’t be reached by car. Through Google Maps, I can see such iconic sights as the Pyramids of Giza, Mount Everest Base Camp, the Colosseum in Rome, the Great Barrier Reef and the Grand Canyon. Soon, it will include some much more familiar sights, those from in and around the Riding Mountain Escarpment.

Earlier this month, the Nature Conservancy of Canada (NCC) announced that they have teamed up with Google to map 14 of their natural areas across Canada. Among them are two Westman sites, the Fort Ellice and Elk Glen properties.

Located near St. Lazare, the historic Fort Ellice site was once a trading post and fort. The 4,767-acre property features a variety of ecosystems, including sandhill prairie, mixed-grass prairie, oak savannah, deciduous forests, wetlands and streams. The Elk Glen property, located near Rossburn, covers about 800 acres. Here, the camera-equipped hiker will take a path that winds through mixed wood forest, hilly fescue prairie, an oak forest and possibly even into some wetlands.

The mapping will be done by Google Trekker, which is based on the same technology used by the company’s Street View cars, just in a smaller format. The backpack-mounted camera has 15 lenses that take pictures every 2.5 seconds to create a 360° view. The backpack and camera weigh about 64 pounds. Each photo includes a GPS location and Google uses these to stitch the pictures together, creating a panoramic view of the hike. The pictures are expected to be released by Google next summer.

NCC is a private land conservation organization with the goal of protecting Canada’s most important natural areas and the species they sustain. NCC works with land owners to either purchase this land, or protect it through conservation agreements and since 1962, over 2.8 million acres of ecologically significant land have been protected.

The problem is that in order to protect this land, the amount of human traffic should be limited, especially in the most sensitive areas. However, people are much more likely to support an organization when they can tangibly see what they are supporting. Much of this ecologically significant land is located away from major urban centres and that means educating people about the importance of plant diversity and protecting habitat for elk, coyote, moose, monarch butterfly or the threatened Sprague’s pipit, a small songbird. This mapping project is a win-win for the organization and the land it seeks to protect.

This partnership will allow people around the world to see some of the great natural beauty that surrounds us and highlight the great diversity in a place that at first glance, appears to be little more than flat prairie, crops and open skies. I may never get to the Everest Base camp, but for many around the world, this prairie vista in our back yard is just as unique and out of reach. I’m glad we’re able to share it with them.