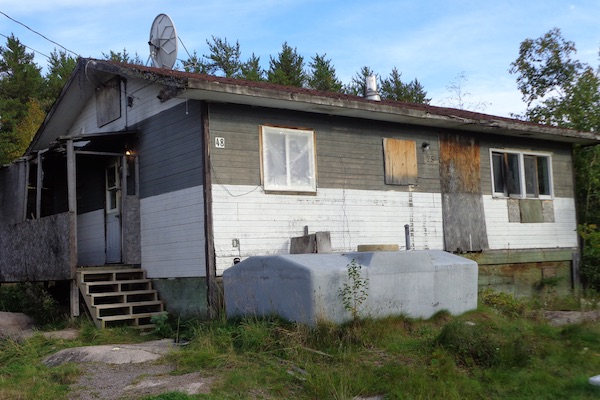 Three people were treated for smoke inhalation after a fire at a home in Little Grand Rapids, Manitoba on September 18, 2016. (RCMP HANDOUT) 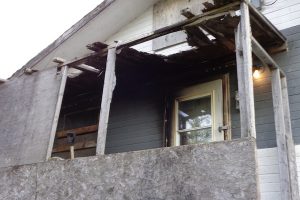 Smoke was billowing out of the windows, front door and chimney when crews arrived. (RCMP HANDOUT)

Two people were pulled from a burning home in Little Grand Rapids, Manitoba last Sunday and another person made it out on their own.

RCMP say the residence was fully engulfed when they arrived at around 7:30 p.m.

Officers were told by witnesses that there were still people inside the home. One female exited on her own and was coughing on the front steps. Police took her to safety and then entered the residence to look for other occupants.

The three victims were taken to the local nursing station in stable condition.

The officers were examined and treated for smoke inhalation.

Foul play is not suspected.

← Previous: Woman Approached in Tuxedo by Suspicious Man While Walking Next: Pulling It All Together for the United Way →
Tags: Fire | Manitoba | RCMP