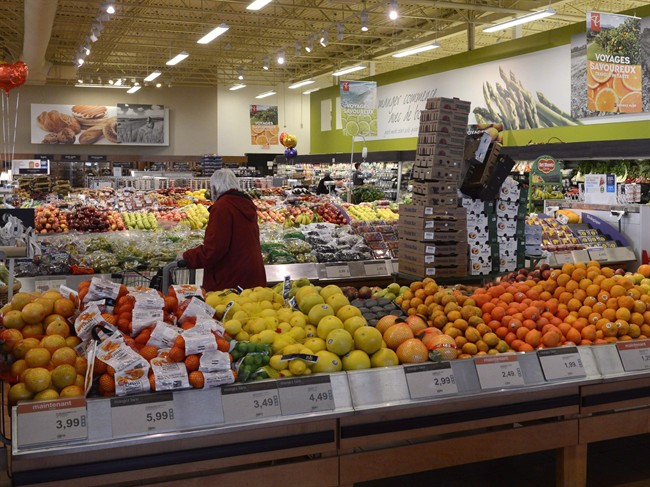 A shopper is seen in a Loblaws produce section in Montreal on Monday, March 9, 2015. (THE CANADIAN PRESS/Ryan Remiorz)

NEEPAWA, Man. — Sometimes, I find myself at a bit of a cross-roads in the grocery store aisles. I’m sure I’m not the only one — in rural Manitoba, we are in a unique position of being both suppliers and consumers.

Consumer choice means that stores are fighting to differentiate themselves and increasingly, price is where they are choosing to compete. Food is a necessity and low food prices are extremely important to all Canadians. The problem is that these low prices must come from somewhere and in almost all cases, they are being pushed further down the chain, towards the producer.

Last year, Walmart’s extra aggressive cost-cutting put it in the news. The retail giant has always been known for driving a hard bargain with suppliers, but last year, when faced with weak earnings, the retailer began asking for additional cuts. Reuters reported that unlike previous years, where negotiations took place between suppliers and the retailer, last year, the retailer took a more aggressive stand. The concessions demanded including asking suppliers to take money earmarked for joint advertising and displays and to instead use this money to lower the prices charged to the retailer. The problem is that Walmart represents such a big share of the retail landscape, companies are hesitant to push back and find themselves no longer on those shelves.

Walmart isn’t the only one driving a hard bargain. This summer, Loblaw Companies Limited was reported to have sent a letter to its suppliers asking for a price decrease of 1.45 percent for shipments beginning in September. In response, United Grocers, the buying group that represents many of Loblaw’s competitors, also sent a letter insisting that they be given the same price cut as their competitor.

The problem isn’t just a lot of competition, it’s compounded by increased concentration, which is creating larger, more powerful buying groups. We have to think about what that means not just to us as consumers, but also as suppliers.

Statistics Canada tracks food prices as part of the Consumer Price Index (CPI). From July 2015 to July 2016, the price of food purchased from stores increased by 1.1 percent. However, not every type of food increased in price. Some of the decreases were seen in fresh or frozen meat excluding poultry (1.7 percent), non-fish seafood (1.7 percent), dairy and eggs (0.9 percent), bakery products (0.1 percent), cereal grains and cereal products (0.9 percent) and preserved fruit and fruit preparations (0.2 percent). Interestingly, most of these products are closest to their raw, from the farm, form.

On the flip side, StatsCan’s Farm Product Price Index (FPPI) measures the changes in prices that farmers receive for the agricultural commodities they produce and sell. The most recent release finds that the FPPI fell by 0.3 percent in June 2016, compared to June 2015. Most of the decline was driven by falling cattle prices, which were down 7.8 percent. This release marked the fifth consecutive month where the index has shown a year over year decline.

As shoppers, we all want low prices and for many families, low prices are an undeniable necessity in order to put food on their tables. But at some point, we have to consider where the relentless drive for lower prices will take us, and if it’s somewhere we want to go.