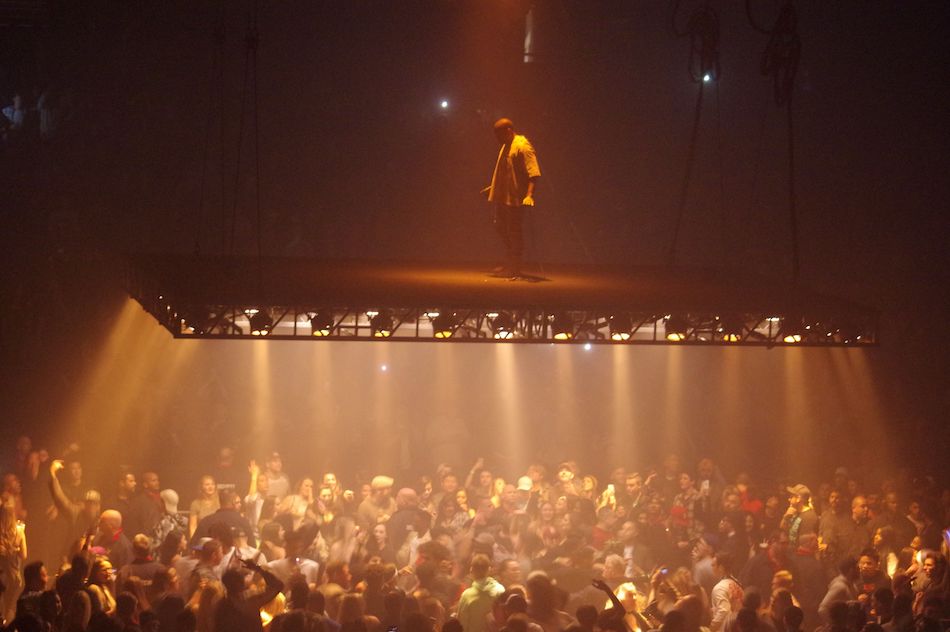 Kanye West performs on a floating platform of a stage at MTS Centre on Wednesday, October 12, 2016. (DAVE BAXTER / CHRISD.CA)

WINNIPEG — Kanye West soared high above his fans on Wednesday night, when he brought his Saint Pablo Tour and its levitating stage to MTS Centre.

The 39-year-old hip-hop megastar played the entire show on a square stage that floated over the Winnipeg crowd, and moved around the arena throughout the show.

It was a loud and sometimes rowdy crowd down below dancing, moshing and following the stage around the arena.

West is back on the road after cancelling a number of shows earlier this month after his wife Kim Kardashian West was robbed at gunpoint in a Paris hotel.