Home » News » Southern Manitoba Looks to Have a White Christmas

Southern Manitoba Looks to Have a White Christmas 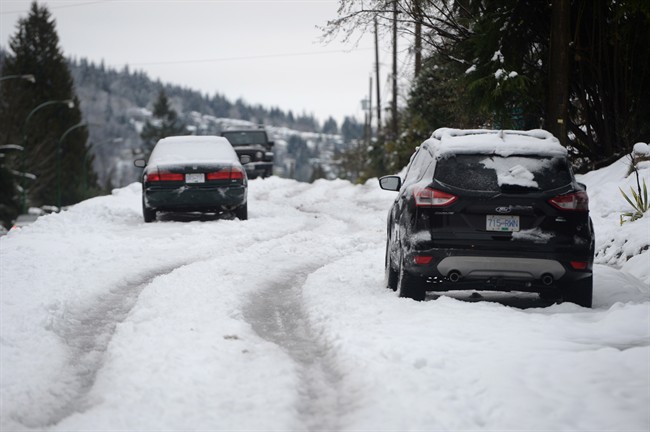 Cars are parked on a snow-covered street in North Vancouver, Monday, Dec.19, 2016. Environment Canada is calling for several centimetres of snow for southern Manitoba heading into Christmas weekend. (THE CANADIAN PRESS/Jonathan Hayward)

WINNIPEG — A weather system tracking to pick up steam on Christmas Day means the southern portion of the province could be in store for a white Christmas.

While we’ve already had our share of pre-winter precipitation (winter officially arrived today), Environment Canada says Winnipeg could see between 5-10 cm of snow on Sunday and about 15 cm on Boxing Day next Monday.

While Christmas weekend is still a few days off, there’s always a chance the system could miss the city completely and just bring light flurries.

A light dusting Tuesday morning had City of Winnipeg plows and sanders hitting all the main routes, including the 22-member Downtown Winnipeg BIZ enviro team, who was clearing sidewalks and downtown corridors.