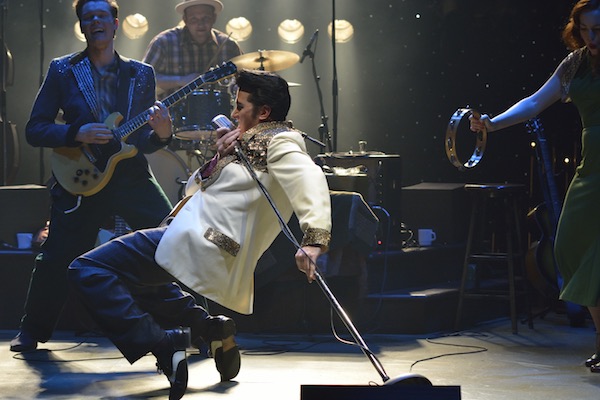 Dead celebrities have been on my mind a lot lately. 2016 took some especially good ones from us. I watched “Star Wars” the night Carrie Fisher died. I was particularly upset about her death (and even cried), but watching “A New Hope” made me realize that I have only known her through movies, and I will always have those movies. It’s the place where I go to spend time with her.

Elvis Presley, Johnny Cash and Carl Perkins are also all dead. And because all of their music still lives on, we get to spend time with them whenever we want to.

“Million Dollar Quartet” at the Royal Manitoba Theatre Centre transports you back to a very specific time. December 4, 1956, of all times, at Sun Records in Memphis, Tennessee. This is the first and only time the four iconic musicians — made up of Presley, Cash, Perkins, and Jerry Lee Lewis — were in the same room at the same time. Some were at the peak of their stardom, some had just started and looked up to the others, but they all started at Sun. Sam Phillips, the founder of Sun, played by Andrew Cecon, serves as the narrator, telling us all how he discovered and built each of the artists up to the legends we know them as now.

Don’t be confused by how I’m setting this up: this show isn’t a history lesson. It’s not a play, it’s not a concert: it’s a bona fide rock n’ roll show. Check your heavy parka at the door and bring your dancing shoes.

Hit after hit after hit, the talented and passionate musicians play their instruments live, in an intimate concert with the most exclusive of intended audiences — each other. Matt Cage as Elvis is flirty and a big presence on stage, knowing that even saying the King’s name bears its own weight, and playing him is even heavier. Greg Gale as Johnny Cash, fresh from the Citadel Theatre in Edmonton in the same role, may not look exactly like the “Man in Black,” but he has the pipes, and you’ll hear him hit those signature lower-than-low notes.

Elliot Loran plays the fiery Jerry Lee Lewis, who was sort of getting on my nerves throughout most of the show. But when he sat down and tickled the ivories, I was enraptured by his talent and couldn’t look away, even if I knew I should be focusing on something else on the stage. His green-and-purple contrast-of-all-contrast outfit probably contributed to making him the main attraction too.

Winnipeg musician Kris Ulrich rounded out the quartet, and was clearly the most talented guitar player on the stage. Making his Royal MTC debut after starring in only two other productions at Rainbow Stage, Ulrich is clearly finding his home in the theatre, and Winnipeg should keep finding roles for him to fill. 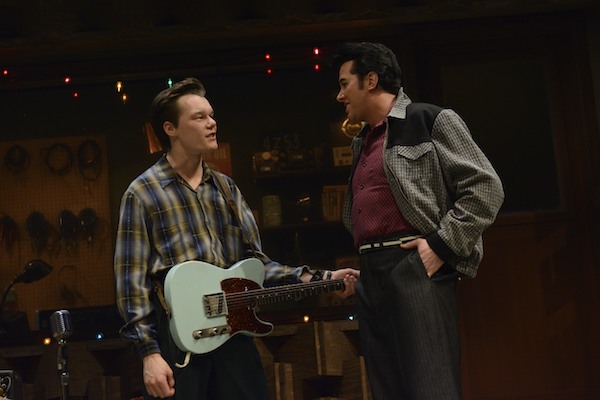 A real standout for me was Laura Olafson, who plays Elvis’ girlfriend Dyanne. You don’t go into the theatre expecting her to be there, and you don’t necessarily talk about how incredible she was after the performance, but man, I am glad she was there to break up the sausage party. Her pair of songs are impeccably performed and she keeps up with the guys without a problem. But mostly, I loved her fun, playful presence on the stage, because her character got to be a fly on the wall in the room where it happened, and she soaked it all up.

We didn’t know these people as friends. We only knew them as artists. And the best part about that relationship is that they will always be there for us, even in death. Go see a show that honours their memory. Go visit Sun Records in Memphis. Or, perhaps the best way to spend time with them is to put on a record and listen to them sing their hearts out the way they intended it to hear. In the words of Sam Phillips, music is “where the soul of a man never dies.”