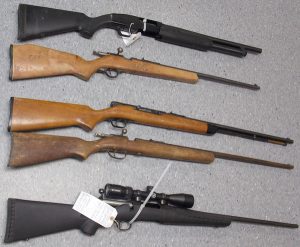 Trucks, snowmobiles, ATVs, tools and guns — just some of the items RCMP say were stolen from rural properties near Brandon recently.

The thefts are believed to be part of a break and enter ring related to the same group of suspects.

Numerous stolen goods were recovered in January when RCMP executed two search warrants in Brandon and Carberry, including five firearms.

Many stolen items remain unclaimed and police are trying to identify and return the property to their rightful owners.

Police have arrested and charged:

An arrest warrant has been issued for Richard Cole Ross, 23, of Brandon in relation to the thefts.