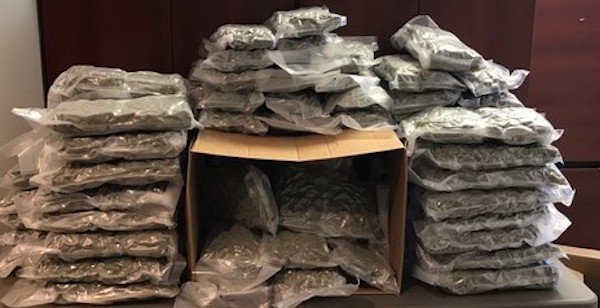 A transport truck travelling from British Columbia to Mississauga, Ontario was found to have been hauling marijuana.

RCMP pulled the truck over on Monday afternoon near West Hawk Lake for a regulatory inspection.

Police found 118 pounds of marijuana hidden within the cargo.

Dunken Trask, 29, of Vancouver was arrested and faces drug charges. He will appear in Winnipeg court on May 11.

The truck used by the suspect was also seized under the province’s Criminal Property Forfeiture Act.