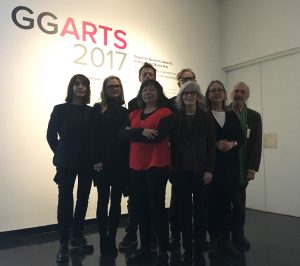 A new exhibition at the Winnipeg Art Gallery is celebrating the best and brightest in Canadian contemporary art and craft.

“The WAG is honoured to host the 2017 Governor General’s Awards in Visual and Media Arts exhibition, bringing together some of the country’s most distinguished artists, filmmakers, and curators,” said WAG director and CEO, Dr. Stephen Borys.

“Creative people tell the stories of our time, mapping our communities and pushing society to be diverse and innovative. These eight laureates showcase this amazing artistic inventiveness that’s around us as we recognize Canada at 150.”

The awards were established by the Governor General and the Canada Council for the Arts, which funds and administers the prizes, these awards offer all of us an occasion to celebrate artistic excellence in Canada.

The public can attend a free opening tonight at 7 p.m. and meet the artists.

The exhibition is on until September 4.