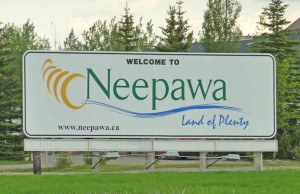 NEEPAWA, Man. — For much of the last year, in the Neepawa Press, we have been publishing a series of stories called “Where are they now?”. The stories are by Rick Sparling, a local sports historian who has published two books about Neepawa’s hockey history: The History of Public School Hockey in Neepawa and Amateur Hockey in Neepawa — A Scrapbook. For those outside the Press’ circulation area, or who haven’t read the articles on myWestman.ca, Sparling catches up with the players whose teams were featured in his books to find out what they went on to do with their lives.

The teams featured in the books played at different levels and the players were a variety of ages. Like any local team, they were a mix of true athletes and those just out to have some fun. It’s been incredibly interesting to see the diverse lives many of these men and women have gone on to lead over the last 30, 40, 50 or 60 years. All from their beginnings in the small town of Neepawa.

A rural upbringing used to be a close to an insurmountable wall to climb for those looking for a life beyond the ordinary. In many parts of the world, it still is. In many poor countries, a fractured and underfunded education system and an economy that still relies heavily on manual labour, especially in agriculture, makes it hard for rural students to get the education they need to excel in post-secondary education or advance beyond basic labour jobs. In the past, isolation meant many rural residents knew little about the world, or the options, that lay beyond their doorsteps.

As I was pondering the aerospace engineers, pilots, executives, world travellers and sports stars who had humble beginnings playing on a Neepawa hockey team, I saw another example of this. The Brandon Sun had a story this week about Christopher Pugh, a 28-year-old who grew up in Brandon and completed his undergraduate degree at Brandon University. He is now a PhD candidate attending the University of Waterloo, where he also obtained his master’s degree. The work of Pugh and his colleagues was featured on the front page of the Globe and Mail last fall, when they succeeded in beaming an encrypted quantum transmission from the ground to a flying airplane. With the speed of computing increasing, standard encryption techniques are expected to become obsolete in a decade or two, as quantum computers become more available. However, messages encrypted using quantum technology are secure in the face of these extremely powerful computers. Brandon isn’t exactly rural, but it’s far from the big city upbringing people tend to automatically associate with those developing cutting edge technology.

I don’t think you’d have to look far to find people who feel their rural upbringing played a key factor in their success and I think we need to do a better job recognizing the advantages that we have here in rural Manitoba.

In 2015, atmospheric scientist Russell Schnell spoke to the graduating class at his alma mater, the University of Alberta. Schnell is a co-Nobel laureate and his work has taken him around the world, he has published 120 scientific papers and at that time, was a deputy director at the U.S. National Oceanic and Atmospheric Administration. He grew up in Castor, Alberta, a town of about 1,000 residents. To the graduating class of the U of A’s Camrose campus, Schnell said, “For me, a rural town provided the most incredible place to grow up… a rural upbringing never appeared to me to be an impediment; in fact, it gave me a great advantage,” he said, adding that in a small town, a person’s reputation is everything and in that environment, he learned valuable skills such as trust and fairness.

I don’t think that these are unique experiences and it’s not uncommon to hear very successful people, who have had a rural upbringing, credit it as one of the factors in their success. Not all rural Manitobans will leave their mark on the greater world, but for those whose goals point in that direction, they’re no less likely to than someone from London or New York.