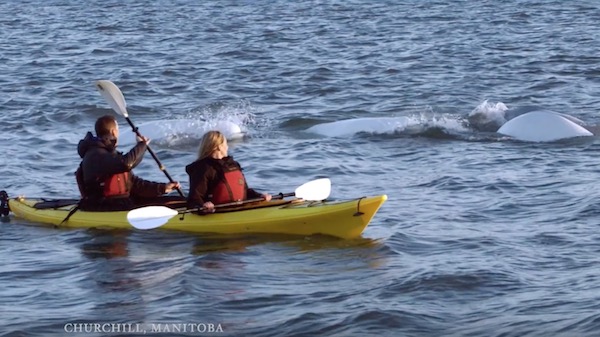 WINNIPEG — Travel Manitoba has unveiled three new television commercials to promote Winnipeg and the province to the world.

In keeping with its award-winning “Canada’s Heart Beats” theme, the province’s tourism arm debuted the three new ads Thursday at The Forks, highlighting the summer polar bear viewing experience in Churchill, Winnipeg as a winter city and northern lights viewing in Churchill.

“Developed after extensive research and consultation, the brand has proven to be a powerful representation of what makes Manitoba a unique destination,” said Colin Ferguson, president and CEO of Travel Manitoba.

“We believe in the power of our brand to make Manitobans proud of where they live and to empower them to be enthusiastic brand ambassadors.”

Ferguson says the three commercials will be launched at Rendez-vous Canada in Calgary on May 12 to a crowd of 1,500 including some 500 international travel trade wholesalers looking to promote new opportunities in Canada to international markets.

← Previous: H&M Opening in Kildonan Place on May 18 Next: Winnipeg's Mosquito Risk Low, But Eyes Are on the Weather →
Tags: Manitoba | Winnipeg