Manitoba Liberals Ponder Next Move to Avoid Being Leaderless Until October 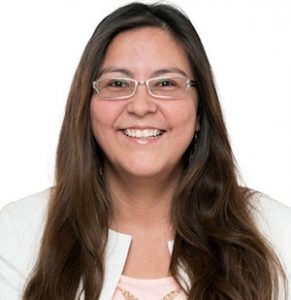 WINNIPEG – The Manitoba Liberal Party is pondering its next move as it faces the prospect of being without a leader until October.

The party’s interim leader and one of its three legislature members, Judy Klassen, stepped down this week to run for the permanent position to be decided on Oct 21.

Klassen had been told by the party last year that if she wanted to run for the top job she would have to step down by June 20 to create a level playing field.

The party’s problem is that there may be no obvious replacement as interim head.

Klassen’s caucus colleague Cindy Lamoureux has already announced her leadership bid, and fellow Jon Gerrard has called a news conference for Friday at which he is expected to announce his entry.

Party president Paul Brault said there are no clear rules as to what should be done and the party’s board of directors is to meet to figure things out.

“The … constitution does not outline procedures surrounding the appointment of an interim leader (in this case). I will be asking our board to consider our situation and provide a recommendation at our next board meeting on June 26,” Brault said in a statement.

The Liberals have been trying to escape the political wilderness in Manitoba for more than two decades.

Gerrard led the party between 1998 and 2011, and never captured more than two legislature seats. He was pushed to resign after the party was reduced to one seat in the 2011 election.

Gerrard has already gone on record as saying he has been gauging support for a return to the leadership and that he is getting positive feedback. On Wednesday, he would only say, via a written statement, that his upcoming announcement will focus on his plans to contribute to the party’s future.

More than 20 supporters have received invitations via email to Gerrard’s event on the front steps of the legislature.

Gerrard was replaced by Rana Bokhari in 2013 and the party was riding high in opinion polls going into last year’s election. But a series of gaffes hurt the campaign, the Liberals ended up with three seats and Bokhari stepped down a few months later.

Klassen said Wednesday that the three-member caucus is still united and working together, despite the distinct possibility of all three running against each other for leader.

“Today in the hallway … (Gerrard) just ran up and gave me a big hug. And Cindy as well, when I texted her, she was like so excited. We’re all very excited,” Klassen said.