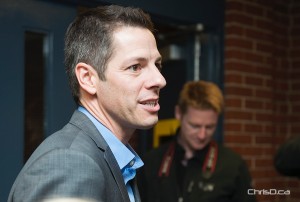 Each of the five scholarship winners received a $1,000 scholarship to recognize their dedication to making their community a better place to live, according to a release from the mayor’s office.

“I’m excited to be able to recognize these young students for their efforts at making their community and our city a better place to live,” said Mayor Brian Bowman, in the release. “This is the second year this scholarship has been awarded, and it’s an honour to be able to recognize the efforts of these students and also provide them support towards higher education.

“These students set a great leadership example for others across our community.”

This year’s scholarship winners are:

The recipients were chosen by an independent panel consisting of members from Boys & Girls Clubs, Volunteer Manitoba, the Winnipeg Chamber of Commerce, and the Citizen Equity Committee.