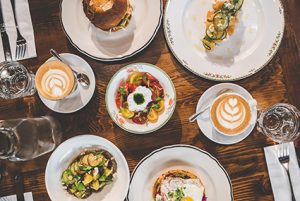 WINNIPEG — A Princess Street eatery has been shortlisted as a nominee in Air Canada’s enRoute magazine.

“This is brunch in 2017: the Dude, a tonka-bean-milk twist on a White Russian, followed by mushrooms on puffy sourdough smothered in South Asian coconut curry and dusted with Egyptian dukkah,” Air Canada writes in the cafe’s description.

“The team behind Segovia was inspired by Australia’s serious morning meals for this subterranean space, where a neon sign reads “Eat This It’ll Help.” That applies equally to a meaty Italian primitivo or to tomatoes with coconut-milk ricotta and Thai green curry oil.”

Air Canada sends a writer on an anonymous month-long dining marathon from coast to coast to determine the most notable new openings which become contenders for the coveted annual Top 10 list.

The final list will be published in the November issue of enRoute magazine.