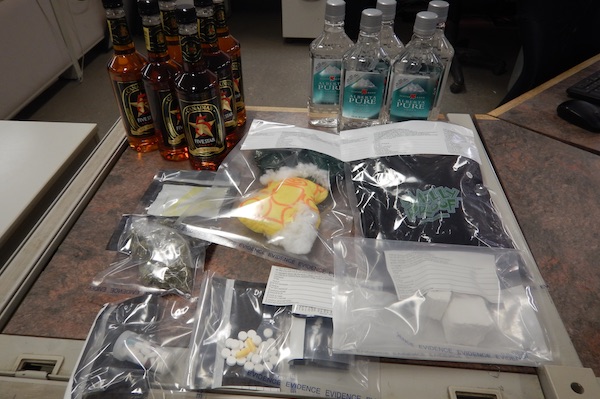 Drugs and alcohol seized during a traffic stop near Cross Lake, Manitoba on August 6, 2017. (RCMP HANDOUT)

Four people have been charged after a traffic stop in northern Manitoba turned up drugs and alcohol on August 6.

RCMP pulled over the vehicle on Highway 374, where officers found 154 grams of cocaine, 28 grams of marijuana, 52 Tylenol 3 tablets as well as a quantity of liquor.

They have each been charged with two counts of possession for the purposes of trafficking, possession of a controlled substance and possession of property obtained by crime.

All suspects remain in custody and are scheduled to appear in Thompson court.