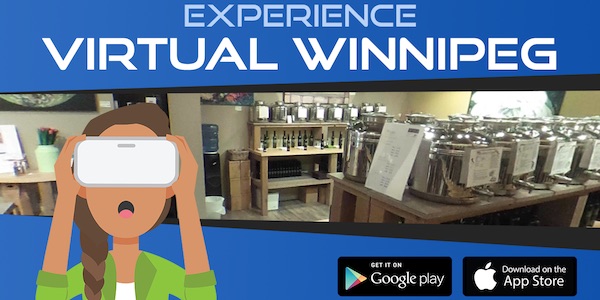 Imagine setting foot inside Investors Group Field without having to deal with parking chaos?

Winnipeg is stepping into the virtual reality realm with the launch of a new smartphone app, meant to take users beyond the borders of brick and mortar and into the digital world.

Winnipeg VR is a new app from the Winnipeg Chamber Commerce, who partnered with 12 local businesses, non-profits, and Winnipeg sites to create 360-degree video and photography of the city.

“We’re always looking for new ways to showcase our members and our city, especially as Winnipeg gathers increasing international attention,” said Loren Remillard, president and CEO of The Winnipeg Chamber of Commerce.

“It’s another marketing tool to support our members, as well as an engaging curated tour of Winnipeg for those looking at Winnipeg for investment opportunities.”

The app’s launch comes as the business community attends the annual Small Business Summit on Thursday at The Fort Garry Hotel.

Winnipeg VR is a free download from the App Store and Google Play. It requires a VR headset to use, such as Google Cardboard.