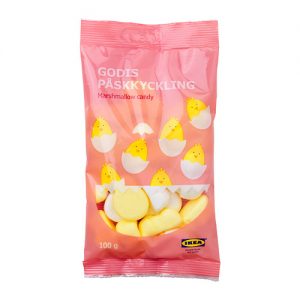 IKEA is recalling its branded Marshmallow candy due to possible contamination from mice infestation.

The CFIA says the product may contain harmful bacteria and consumers should not consume it.

There have been no reported illnesses associated with eating the candy, according to the CFIA.