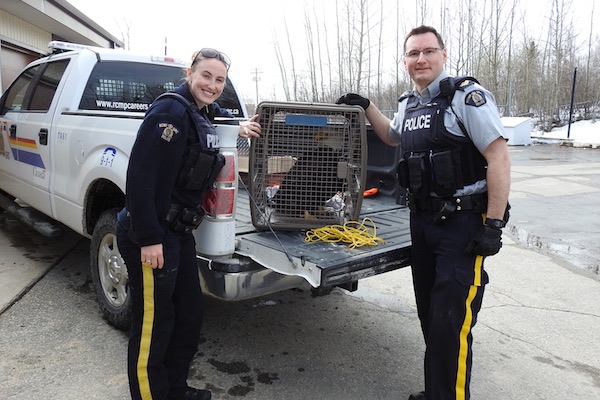 Two RCMP officers helped transport a rescued eagle to the Wildlife Haven Rehabilitation Centre after it was found in slush on Lynn Lake. (RCMP HANDOUT)

An injured eagle was rescued by locals in Lynn Lake on Wednesday after it was found in the slush on the lake.

Two officers responded with a dog kennel and used snowmobile mitts to transfer the animal without further injuring it.

“Slushie,” as locals named it, was transferred to Wildlife Haven Rehabilitation Centre in Ile Des Chenes for treatment of unknown injuries.