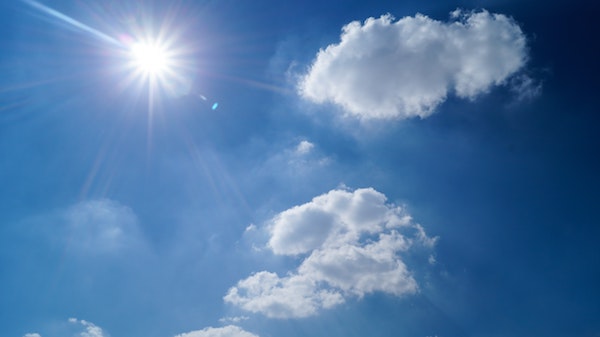 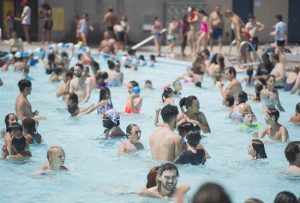 People cool down in a public pool in Montreal, Thursday, July 5, 2018. (THE CANADIAN PRESS/Graham Hughes)

Southern Manitoba is being thrown into a bout of multi-day temperatures that will hover around 30°C. Along with the heat will come elevated relative humidity levels, making it feel like closer to the mid-40s.

Saturday’s daytime high in the city is 35°C, with Sunday climbing up to 30°C under the sun. Early next week doesn’t appear to give us a reprieve either, with temperatures sitting around 29°C and 33°C for Monday and Tuesday.

With extreme heat can come dangers to the elderly, infants, young children and people with chronic conditions, such as breathing difficulties or heart problems.

Manitoba Health says it’s important not to overwork yourself or exercise for long periods of time if you’re outdoors. To avoid heat-related illnesses, the province says to stay hydrated, find shade and cool off in an air-conditioned facility, such as a public mall or community centre.

In Quebec, the steamy conditions have contributed to 33 deaths, health officials said Thursday.

Additional tips on protecting yourself in extreme heat can be found on the province’s website (PDF).

If you’re heading out to a provincial park to cool off in a lake this weekend, don’t forget your vehicle’s park pass. Annual passes are $40 and can be purchased at several retail locations across the province, such as participating Red River Co-op gas bars, Liquor Marts, CAA Manitoba and Manitoba Public Insurance service centres.