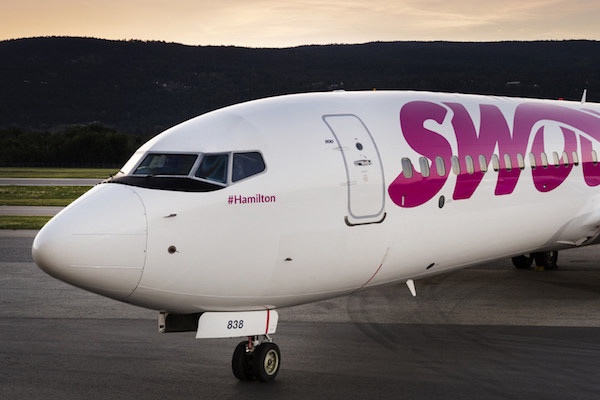 Discount airline Swoop has launched its fourth aircraft with a seasonal summer route between Abbotsford, B.C. and Winnipeg.

Flights will be offered daily until Labour Day, which will then shift to five times per week until the end of the summer schedule on October 27.

“It’s a highlight for us to see the results of our low fares connecting friends and families in different provinces, such as on this sold-out flight today,” said Karen McIsaac, senior advisor of communications at Swoop.

“Swoop has been a great addition to our airport and this new route further enhances their presence in our region,” Marohn said.

A one-way Winnipeg to Abbotsford ticket will run you $59 (taxes included), or $39 from Abbotsford to Winnipeg.

Swoop is the discount offshoot of WestJet and also serves routes between Hamilton, Ontario and Winnipeg.