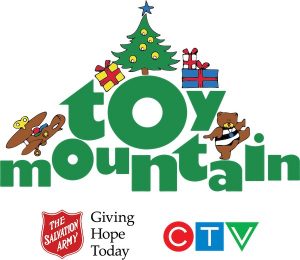 Heading to tonight’s Winnipeg Blue Bombers game? Pack a toy for the kids.

New unwrapped toys can be dropped off at any gate at Investors Group Field. Cash donations will also be accepted as firefighter boots will once again be hanging on the iconic Christmas kettle stands.

“?The great thing about this is that as people come together to cheer on the Bombers they can make someone else?s life a little happier at the same time,” said Major Rob Kerr, divisional secretary for public relations and development with the Salvation Army.

Once the final whistle blows on the field, toys can be dropped at any fire hall or police station after the official launch of Toy Mountain on November 14 at the Hope in the City Breakfast at the RBC Convention Centre. Tickets can be purchased by calling (204) 975-1033.