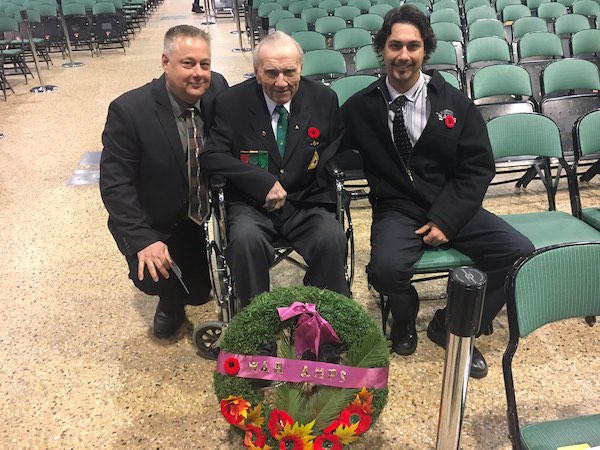 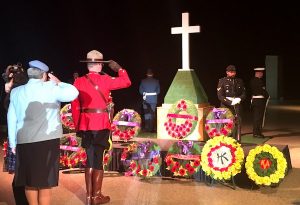 An RCMP officer salutes at the Remembrance Day ceremony at the RBC Convention Centre in Winnipeg on Sunday. (MICHELLE BAILEY / CHRISD.CA)

WINNIPEG — As people filed out of the RBC Convention Centre following the city’s largest Remembrance Day service on Sunday, Winnipegger William Neil took a moment to reflect on his experience as a Sgt. Major.

“It was an honour to do what I did and to serve my country,” said the 97-year-old who never misses this event.

“But my friends,” his voiced cracked while wiping away tears. “The many friends killed and who didn’t come home. I will never forget them.”

Neil was in his early 20’s when he lost his left arm during the battle in France. Today, he, along with son William Jr. and grandson Carson, placed a wreath by the make-shift cenotaph on behalf of The War Amps. 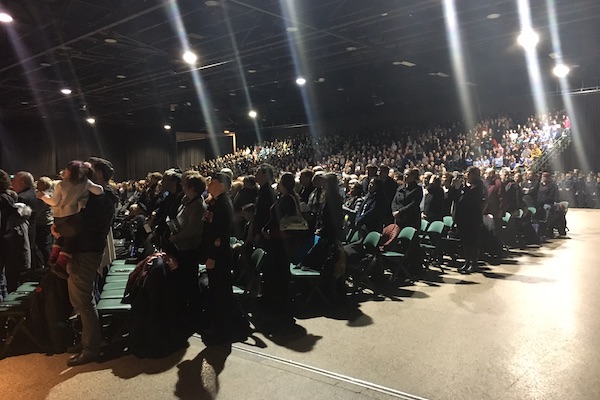 The venue was filled to capacity by the time the service began at 10:40 a.m. Dignitaries, including Manitoba Lieutenant-Governor Janice Filmon, Premier Brian Pallister and Mayor Brian Bowman were in attendance and presented wreaths.

Today marks the 100th anniversary of the armistice which ended the First World War at the 11th hour on the 11th day of the 11th month in 1918. 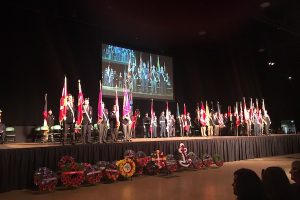 Johnson made special mention of Pte. George Lawrence Price, the last Canadian and Commonwealth soldier to die in WWI.

“Two minutes before peace was officially declared, he was killed by a German sniper.”