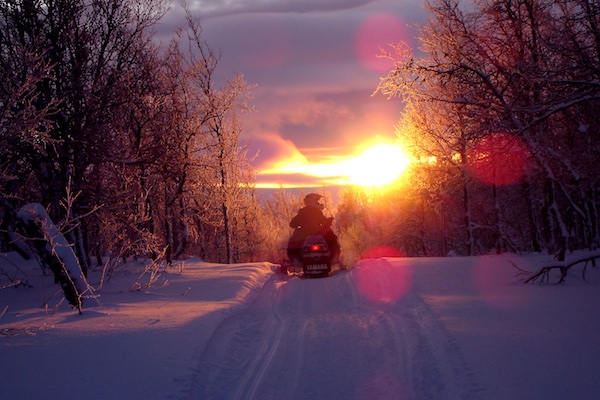 WINNIPEG — A snowmobiler had to be rescued Saturday afternoon after they partially broke through the ice on the La Salle River.

The rider became partially submerged in the St. Norbert area waterway, but was able to call 911 from a cell phone.

The Winnipeg Fire Paramedic Service water rescue scene responded at around noon and was able to bring the driver safely back to shore.

The person was assessed on scene by medical personnel and transported to hospital suffering from mild hypothermia. No other injuries were reported.

Residents are reminded that even in very cold weather all waterways, including rivers, streams and retention ponds, can be unsafe,” WFPS said in a release. “Only waterways which are monitored for ice safety should be used for recreational activities.”