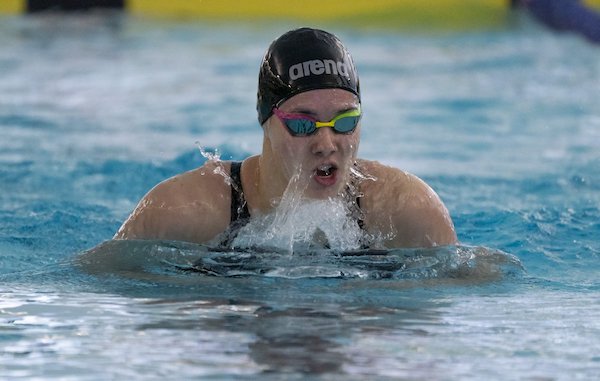 University of Manitoba swimmer Kelsey Wog added more hardware to her name over the weekend at the 2019 U SPORTS Odlum Brown Swimming Championships.

The third-year swimmer won four golds at the meet — hosted by the University of British Columbia — making it the best performance of her student-athlete career.

The 20-year-old Winnipeg native won the 200-metre breaststroke on Saturday and set a new U SPORTS record in the process (2:25.50).

The Bison women’s team finished 14th with 192.5 points while the men finished 15th with 65 points.

“I am pleased with the individual performance of our swimmers,” said Bisons head coach Vlastimil Cerny. “Kelsey’s four gold medals is a first for the swim team and an outstanding accomplishment. Tony (Iliouchetchev) and Dora (Modrcin) repeating finals performances from last year was a success and rookie Reid racing to lifetime bests was a great start to his U SPORTS career.”