Home » The Canadian Press » Canadians Can Expect an Abrupt Transition to Spring: The Weather Network

Canadians Can Expect an Abrupt Transition to Spring: The Weather Network 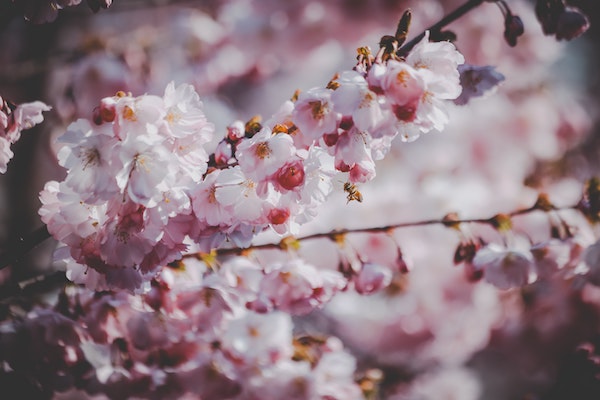 Winter will continue to grip the country heading into March but Canadians can expect an abrupt transition to spring, according to The Weather Network.

“Spring is knocking at that door and it’s coming in,” said the network’s chief meteorologist Chris Scott.

“The crack in the armour of winter is showing and it’s really going to break down almost all at once through to the middle to the latter half of March.”

Scott said the network is forecasting a sudden flip to spring weather in late March across Canada, but there will be some colder days interrupting the milder conditions.

The network predicts that the sharp change could also bring an increased chance of flooding to parts of the country that received a significant amount of snow in the months prior.

“Winter has got a lock on the country for the next few weeks,” said Scott. “It’s not ready to let go just yet. So with this spring forecast, we’re talking about the next few weeks feeling like the middle of winter, and then a real flash of spring weather.”

“We’ve really got to get through these next three weeks and then we start to see that weather pattern turn to a really strong start to spring,” said Scott.

There could be an increased flood risk in northern Ontario, where there has been significant snowfall. Precipitation is expected to be average across the province along with near normal temperatures, but slightly warmer temperatures are expected in the northwest.

While there may be some colder interruptions in April and May for both provinces, Scott said the significantly longer period of warm weather will be a welcome contrast to last year, which saw one of the coldest Aprils on record.

“B.C. could be the first part of the country to really taste that spring weather,” said Scott, adding that the province could start getting milder weather in as little as two weeks.

The network forecasts warmer than normal temperatures across B.C. for spring, which could heighten the chance of flood warnings, but there will be spots of colder weather during the transition to spring.

The network also predicts there will be average amounts of precipitation across the province, but slightly more precipitation north of Vancouver Island.

“This part of the country is going to struggle a little bit more with getting that spring weather,” said Scott.

While there could be a winter storm in March, Scott said there will be temperature swings of cold and mild conditions near the beginning of April.

“Certainly for winter we can see the end in sight, but it’s going to take a little bit longer to get the true thrust of spring,” he said.

The network predicts that while Newfoundland and Labrador will endure colder than average temperatures this spring, it is expected that the rest of the Atlantic region will experience normal temperatures along with precipitation levels for the time of year.

“It’s been extremely cold across this region, but we’re not done yet. We’ve got about two to three more weeks,” said Scott. “But it’s not going to be tulips and daffodils and clear sailing into May.”

He said the Prairie provinces can expect a shock of warmer weather, but there will be swings of wilder winter conditions at the end of March into the beginning of April.

Once spring arrives, warmer than average temperatures are expected across Alberta, with below seasonal precipitation in the south and a normal amount in the rest of the province.

In Saskatchewan, the network forecasts that the province can expect normal precipitation levels, although the northeast will see slightly less. Temperatures are expected to be about average for this time of year across the province.

“The transition won’t be as intense in northern Canada,” said Scott, adding that the network isn’t as concerned about flooding in the region.

Above-normal precipitation and warmer than average temperatures are expected across the Yukon and the western part of the Northwest Territories this spring, the network forecasts.

Normal temperatures are expected elsewhere, including in Nunavut, along with normal precipitation.