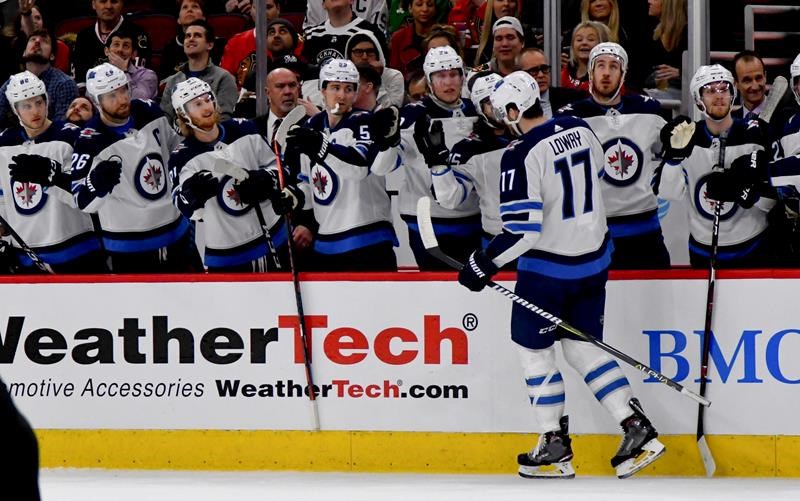 Winnipeg Jets centre Adam Lowry (17) celebrates his goal with teammates during the first period of an NHL hockey game against the Chicago Blackhawks, Monday, April 1, 2019, in Chicago. (AP Photo/Matt Marton)

The Winnipeg Jets have found success on the ice to make it to the post-season two years in a row, but are also climbing the ranks online.

Data released by Twitter Canada shows the team’s official @NHLJets account has grown more than 38% in the past two years.

Regular season mentions of the Jets on Twitter grew by 18% this season, compared to 2017/2018 levels.

“The Twitter conversation around the Jets has truly swelled in the last two years,” says Christopher Doyle, head of sports partnerships, Twitter Canada. “This can partially be attributed to its plugged-in fan base but also to the team itself. They’ve really led the way this season on Twitter with their use of live video and other premium content to complement the fan conversation.”

The most Tweeted moment of the Jets’ season was their March 23, 2019 victory over the Nashville Predators, clinching a postseason appearance for the second straight year.

The Jets host the St. Louis Blues Wednesday at Bell MTS Place in Game 1, with a repeat on Friday for Game 2. Tickets to the public go on sale today at 10 a.m. through Ticketmaster. Whiteout Street Party tickets go on sale at noon for $5 each.