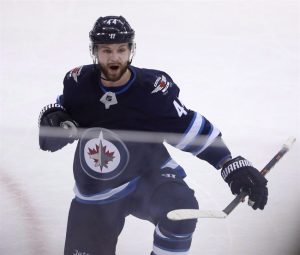 The Winnipeg Jets have invested heavily into Josh Morrissey, re-signing the defenceman to an eight-year, $50 US million contract.

Morrissey returns to a Jets blueline that lost Jacob Trouba, Tyler Myers and Ben Chiarot during the off-season.

The Jets on Thursday also announced their 2019-20 broadcast schedule.