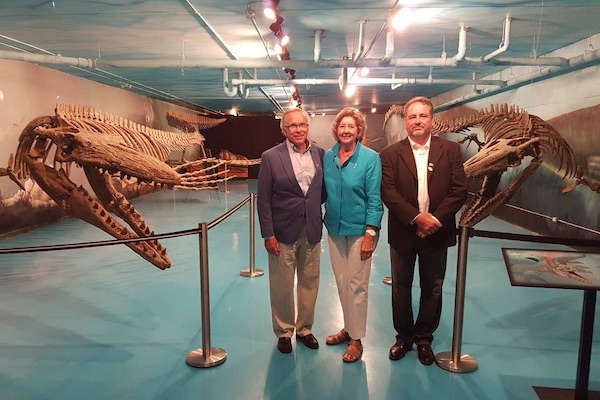 The executive director of the Canadian Fossil Discovery Centre in Morden is moving on in his career.

Peter Cantelon will leave the museum on October 4 after nearly eight years in the position.

“I have nothing but the best of memories at the CFDC, it’s staff and volunteers,” Cantelon said. “Sometimes an opportunity comes along that you cannot pass up and this was one of those circumstances.”

Cantelon has accepted the position of vice-president of sales and marketing at Hive Development Group, a southern Manitoba residential, commercial and industrial developer.

Cantelon oversaw numerous achievements at the museum during his time at the helm, including record growth of visitation and revenues, the establishment of the Mosasaur as a Manitoba provincial emblem, and the construction of three massive marine-focused monuments in the city of Morden, among others.

The museum’s board will immediately begin the search for a new executive director.

← Previous: Boy, 9, Held at Knifepoint During One of Several Winnipeg Robberies Next: Woman Tasered During St. Vital Carjacking →
Tags: Manitoba