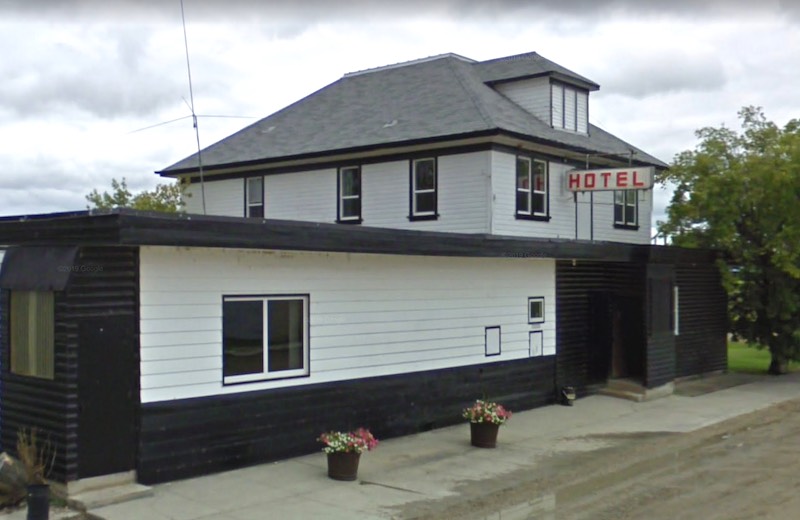 Premier Brian Pallister mentioned the hotel, located near Riding Mountain National Park, during a news conference Tuesday in which he talked about businesses and individuals accused of violating public health orders.

“One of the tickets had to be issued to a hotel in western Manitoba that had its beverage room open and had people playing pool in it,” Pallister said.

“That hotel was the Corona Hotel, which I have had a beer or two in in my life and it’s a nice hotel … but guys, don’t do things like that. This is disheartening.”

The hotel’s owner, however, said his beverage room wasn’t open, at least to the public.

“The bar was closed,” Bob Fuglsang said when informed of the premier’s comments.

Fuglsang said a liquor inspector came to the hotel one evening when Fuglsang and five relatives were talking in the beverage room.

The only person playing pool in the beverage room, Fuglsang said, was his five-year-old grandson.

The inspector issued Fuglsang a ticket for $1,296.

Fuglsang was charged with breaking sections of the public health order that require licensed operators to close their premises and not admit members of the public unless they are there to take out food, Lisa Hansen, spokeswoman for the Manitoba Liquor, Gaming and Cannabis Authority, said.

Fuglsang and his wife, Bev, emailed Pallister’s office Tuesday and demanded an apology.

“We feel you have unfairly and unjustly accused us on national television when you do not have the facts correct,” the email read.

Dozens of other individuals and businesses have been fined in recent days as the province continues to battle the highest per-capita rate of new COVID-19 cases in Canada.

One person was fined in relation to a church service held Sunday outside of Steinbach, southeast of Winnipeg, and more tickets in relation to the service were expected, a government press release said.

Sixteen tickets stemming from an anti-mask protest in Steinbach on Nov. 14 were also issued.

Another 28 tickets — worth $298 each — were handed out in the last week to people for not wearing masks in indoor public places, the province said.

The daily number of new cases has not dropped since the province enacted its latest round of restrictions 12 days ago. Retailers can only sell essential items in store. And people are not allowed to have visitors in their homes, with some exceptions.

But the province’s chief public health officer said the rate of growth has begun to slow.

“A few weeks ago, our doubling time was at two weeks. As we updated it, we see that now about three weeks,” Dr. Brent Roussin said.

“If you plot out the cases per day on a graph, it’s much more flat now than it was.”