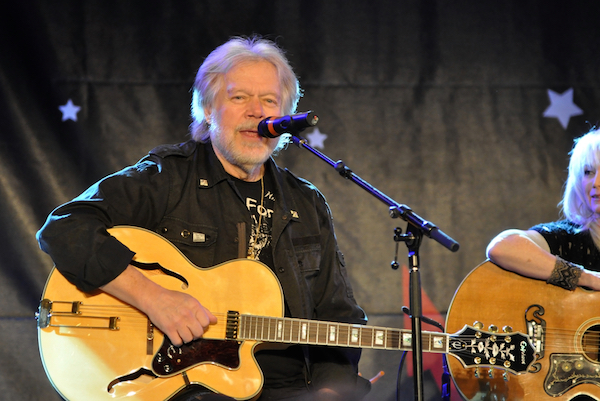 Bachman will host a farewell special on Canada Day before shopping the show, and its catchy namesake, to other broadcasters or revamping it in a podcast format.

Since launching in 2005, “Vinyl Tap” became a defining feature of CBC’s weekend programming. Its broad strokes of musical exploration touched on classic rock, jazz and contemporary pop alongside Bachman’s reflections on his decades in the music industry.

Two-hour episodes aired on Saturdays, and repeated twice throughout the week, first on Sundays and again the following Friday.

“As part of planning for the upcoming year, it was decided that this will be the final season of Vinyl Tap,” Jordan added in a statement.

The show will run in repeats over the summer. There’s no word yet on what will replace it.

Jordan said “there will be more to share later this year” about CBC Music programming.

But the former Guess Who and Bachman-Turner Overdrive member said it “was a shock” to first learn of the show’s cancellation from Jordan last year, since he’d frequently been told “Vinyl Tap” was one of CBC Radio’s most popular programs.

“It’s like somebody saying? ‘I like your new haircut,’ and you go, ‘Thanks,’ and then he hits you over the head with a shovel,” Bachman said in a phone interview from Sidney, B.C.

After learning the show’s fate, Bachman tried to change Jordan’s mind, saying he first delivered dozens of handwritten letters, emails and postcards from listeners, and more recently contacted higher-ups in the CBC ranks to argue that his show appealed across the generations.

“All the young kids are out Saturday. It’s the adults who have dinner, who are home with the grandchildren,” he said.

“This isn’t a show, a radio show. This is a cultural event that goes on every weekend.”

A representative for CBC said “Vinyl Tap” is currently the No. 11-ranked show on CBC Music but does not rank within the top 20 for its main CBC Radio One stations.

Bachman said he’s looking forward to the next chapter for “Vinyl Tap” as he determines where it’ll go, and he’s thankful for his time at CBC.

“It’s been the most wonderful thing in my life to start the show and to have these fans,” he added.