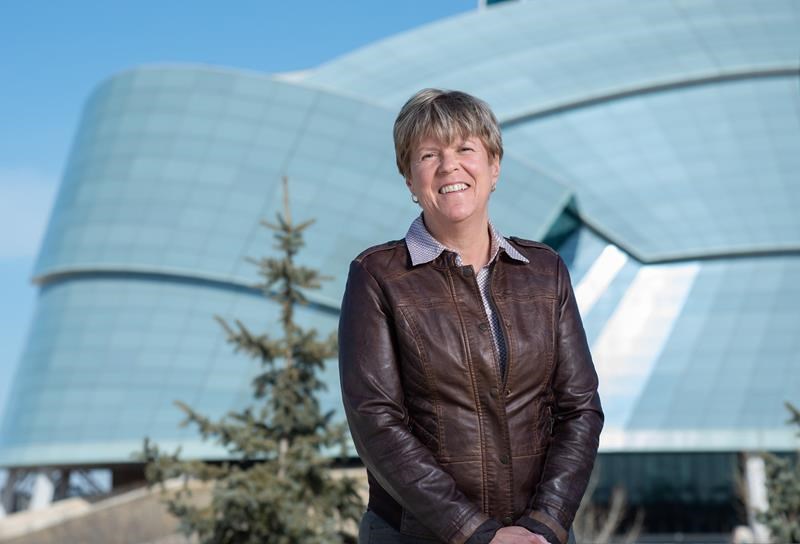 Riva Harrison is shown in a handout photo. The Canadian Museum for Human Rights has brought in two new senior leaders as it continues to rebuild following allegations of racism and LGBTQ censorship. Harrison is the new vice-president, external relations and community engagement. (THE CANADIAN PRESS/HO-Canadian Museum of Human Rights-Thomas Fricke)

WINNIPEG — The Canadian Museum for Human Rights in Winnipeg has hired two new managers as it attempts to move forward after allegations of racism, homophobia and censorship.

The museum’s president and CEO, Isha Khan, says the recent hires will help to create a space that reflects the institution’s goals for human rights.

The museum was criticized online last year by current and former employees after it posted images of a Justice for Black Lives rally.

The employees said it was hypocritical to bring up the rally when museum staff face racism at work.

Some also said that LGBTQ content in the museum had been censored at the request of certain school groups.

Khan pledged last August to create an inclusive and respectful work environment when she began a five-year term leading the museum after the allegations led to the resignation of former CEO John Young.

Khan later laid out a plan to address recommendations from an external review, which found racism was pervasive and systemic in the museum’s employment practices, policies and in the actions of employees.

On Monday, the museum announced Riva Harrison is the new vice-president of external relations and community engagement and Haran Vijayanathan has been hired as the director of equity and strategic initiatives.

“Riva and Haran have the experience and backgrounds to drive the change we all want for this museum,” Khan said in a news release.

“Working together with our staff and partners, they will help build a culture that creates space for community and reflects our goals for human rights.”

Harrison, a former columnist, most recently served on the executive team of Red River College in Winnipeg.

The museum said Vijayanathan, who has experience in human rights advocacy, will help create an anti-racist, equitable and inclusive workplace. He previously helped initiate the Toronto police board’s independent review of missing persons and worked with multiple LGBT initiatives in Toronto, where he was also grand marshal of the city’s pride parade in 2018.