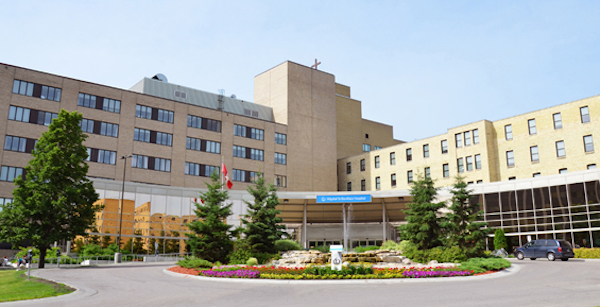 The Winnipeg Regional Health Authority is alerting the public after a person posed as an unauthorized health-care worker and worked several shifts at St. Boniface Hospital earlier this month.

The WRHA says between July 2-17, the person performed duties of an uncertified health-care aide after only completing partial training for the position through Shared Health.

The duties of an UHCA may include patient navigation, bed making and food delivery. They may also support certified health care aides and professional nursing staff in direct patient care such as moving and positioning individuals, dressing and similar activities.

The person had started but not completed the seven-day course, making them ineligible to be deployed to any health-care site. Regardless, the WRHA says the person called the St. Boniface Hospital staffing office and presented themselves as a recently hired UHCA, with significant knowledge of the training and hiring process.

They were able to be booked for one shift at the hospital due to a gap in the confirmation of their employment status. Immediately after the shift, the staffing office realized the error and told the person they were unable to work. Shared Health also informed the individual they were ineligible to work until their training had been completed.

The WRHA says the person continued to show up at St. Boniface Hospital and bypassed the staffing office, made their way through screening and security and was admitted to work as many as eight shifts on several occasions. In some cases, they worked in the emergency department, where they received supplies and directed or escorted patients to rooms.

“The individual had no access to controlled medications and they were in the direct vicinity of professional health care staff at all times,” a press release said.

“Staff members identified the individual during a subsequent shift, at which point they were barred from St. Boniface Hospital and police were notified. Police have subsequently spoken to the individual and determined no ill will was intended. No further action is anticipated.”

St. Boniface Hospital has since taken steps to ensure staff are aware of the incident and to reinforce staff IDs are always visible and always presented upon entry. An investigation by the WRHA along with Shared Health is also underway to make changes to policies and procedures in the future.