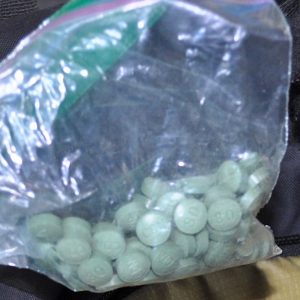 A bag of green tablets are seen in an undated police photo. (RCMP HANDOUT)

WINNIPEG — RCMP in northern Manitoba have issued a warning about greenish-tinged tablets which they believe are linked to several overdoses and one death in recent days.

Police say the illicit pills are circulating in the areas of the Bunibonibee Cree Nation and Kisematawa First Nation and are known locally as “green beans.”

They resemble an oxycodone tablet, police say, and could contain fentanyl.

Police are warning anyone in the communities to immediately and safely dispose of any illicit drug.

They’re also asking anyone with information to call them, or Crime Stoppers.

They have released a photo showing examples of the tablets, although they warn they may not be exactly as shown.