These unbelievable photos of the deadly mid-air crash between a small airplane and sightseeing helicopter were released late Saturday. The crash happened over the Hudson River in New York earlier in the day and all nine people involved are believed to have perished. The helicopter was carrying five Italian tourists and a pilot, and the smaller aircraft was carrying two passengers, plus a pilot. 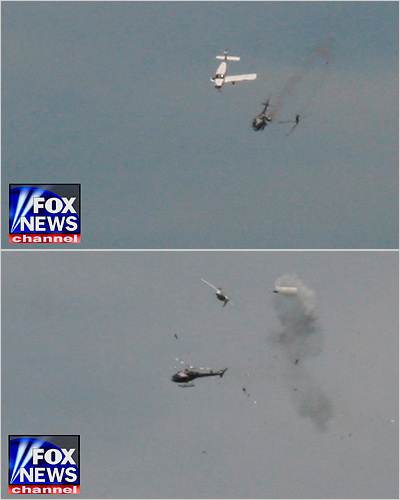 Neither of the aircrafts communicated with each other and there is no law in place to make them do so while in the same air space.

As would be expected, those on the ground immediately started Twittering after the crash and took other photos.