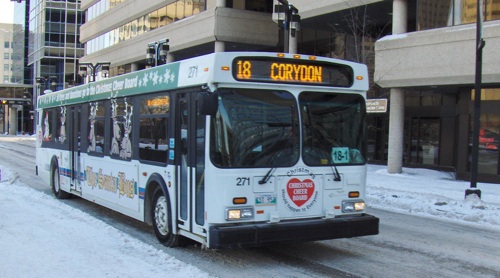 The Santa Bus hits the streets of Winnipeg Tuesday collecting cash donations for the Christmas Cheer Board until December 24. Santa himself will be behind the wheel on several Winnipeg Transit routes as he travels in bus #271.

Look for Santa Claus on the following routes: