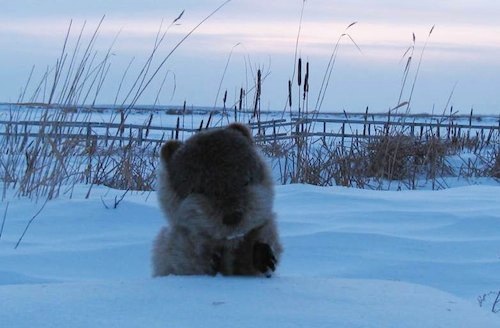 An early spring is on the way, according to the official Groundhog Day reading provided by Manitoba Merv.

Merv came out this morning trying to find his shadow, but without any luck. After quickly retreating to his den, he made his annual prediction.

“He assured us that spring will come sooner rather than later and he expects the geese to officially mark the arrival of spring,” the Oak Hammock Marsh said in an e-mail.