Dominoes Fall into Place in New U of M Redevelopment 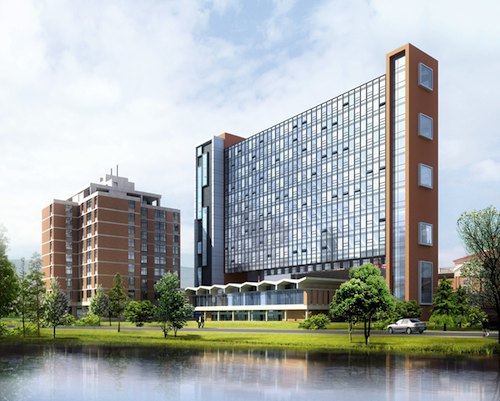 Construction on the largest redevelopment project ever at the University of Manitoba began Monday morning.

Project Domino is a future 360-bed student residence building located on the south side of the U of M’s Fort Garry campus, and is only the first of many buildings to be constructed or upgraded as part of the project.

The $150-million multi-year project is the largest of its kind in the 133-year history of the university.

Wawanesa Mutual Insurance Company donated $400,000 towards development at a groundbreaking ceremony Monday, where 6-foot high dominoes fell over to symbolize the start of construction.

The Province of Manitoba has invested $47-million, helping 13 units and faculties benefit from the major development.

The project was originally announced in February 2008 by then-president Emoke Szathmáry.

Photo and video courtesy of the University of Manitoba