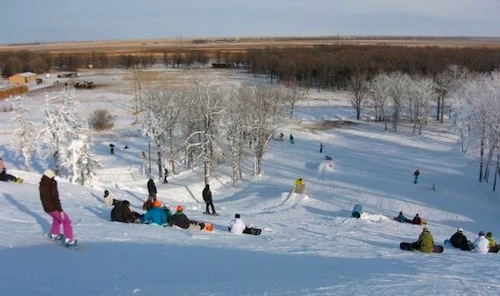 It’s a big weekend for winter enthusiasts across the province as one of the premiere ski hills is opening.

We told you on Monday that Stony Mountain Ski Area is opening three weeks earlier than last year due to three large dumpings of snow.

The ski hill north of Winnipeg will operate Saturday and Sunday from 10 a.m. to 5 p.m. with two runs open (DropZone and Camrun’s). One tow rope lift will also be in operation.

Stony Mountain will once again be the first ski area in Manitoba to open for the season, and contributes their early opening to a combination of Mother Nature and technology.

“Mother Nature has been extremely generous in bringing lots of natural snow and cold temperatures that have allowed us to start snowmaking operations a week ago,” said owner Camryn Dewar. “The snow is nice and fluffy!”