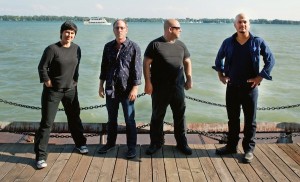 Due to popular demand, the Pixies have added a second Winnipeg show to their upcoming tour.

The American alternative rockers will bring their “Doolittle Tour” to the Centennial Concert Hall on Tuesday, April 26.

The show scheduled for April 27 sold out quickly, so diehard fans who missed out on picking up tickets the first time have another chance.

Tickets for the second show go on sale Friday at 10 a.m. through Ticketmaster for $35 and $55.