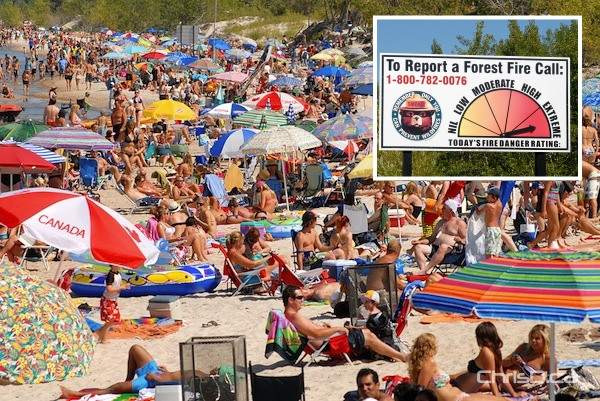 Thousands of people took advantage of balmy weekend temperatures by hitting Grand Beach on Sunday, August 14, 2011. Despite the current fire ban due to dry conditions, it didn't let campers deter them from enjoying the weather in other ways. Beachgoers frolicked under sunny skies, in what's shaping out to be the nicest Manitoba summer in recent memory. The fire ban will remain in place until further notice from Manitoba Conservation, along with an extreme fire danger rating. (STAN MILOSEVIC / MANITOBAPHOTOS.COM)