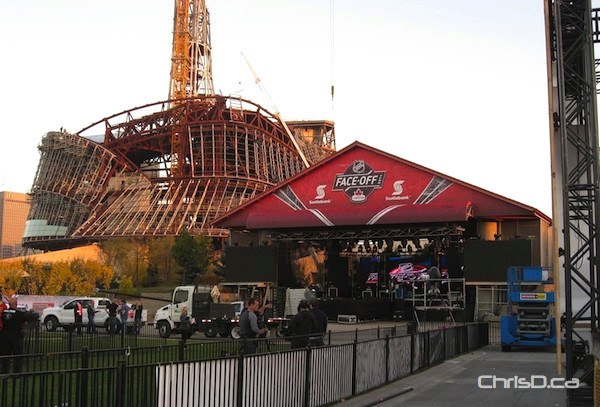 Crews work to put the finishing touches on the stage at The Forks early Thursday morning for the 2011 Molson Canadian NHL Face-Off party. (VINCENT LEE / CHRISD.CA) 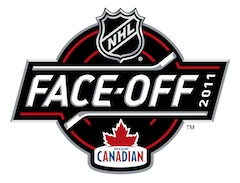 The Forks will be the place to be today as the celebrations for the NHL’s 2011-12 season kick into high gear.

A number of Winnipeg Jets players will be on hand, including captain Andrew Ladd, Mark Stuart and Zach Bogosian.

Official Jets jerseys will be available for purchase, and fans can expect to be eligible for great hockey giveaways and other prizes.

Winnipeg police warned Wednesday that they would be enforcing the Liquor Control Act to ensure there is no drinking outside of designated areas. 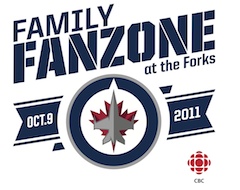 On game day (October 9), The Forks will also be the site of another party, featuring Doc Walker, Quinzy and Keith and Renée.

“The Family FanZone” will be a family-friendly setting with entertainment, contests, giveaways and more from 12 p.m. to 8 p.m. CBC’s “Hockey Night in Canada” will broadcast the Winnipeg Jets season-opener against the Montreal Canadiens on three giant screens beginning at 4 p.m.

If you can’t make it to The Forks, there’s still time to celebrate on October 9 during the After Burner Social, featuring Blue Rodeo and Keith and Renée.