Home » Photos » Is It Time to Fly South Yet?

Is It Time to Fly South Yet? 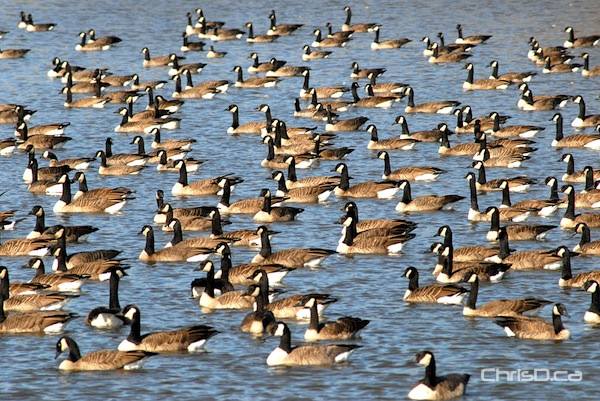 A gaggle of Canada geese go for an afternoon swim at Steinbach's Mennonite Heritage Village earlier this week. Meteorologists are predicting this unseasonal weather southern Manitoba has been experiencing will be a thing of the past by Halloween. AccuWeather.com predicts we'll be in store for snow and colder temperatures by the end of the month, with winter fast approaching soon after. The good news is the southern part of the province isn't expected to receive as much snow as our neighbours to the south in North Dakota and Minnesota. The bad news? All of their precipitation will eventually flow north come spring, just as flood season gets underway. (STAN MILOSEVIC / MANITOBAPHOTOS.COM)