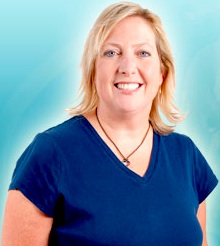 Hunter made the announcement Monday on the station’s website, saying, “It is a difficult choice to walk away from something that has been a second home and family for over 16 years.”

She went on to say, “The little voice inside my head has been buzzing around for some time, and it just keeps getting louder. I figure it’s time to listen to it.”

The departure may have caught listeners off guard, but station management had been expecting it.

“She has been talking to us about this for awhile, so it wasn’t out of the blue,” general manager Sharon Taylor said in an e-mail to ChrisD.ca.

Taylor couldn’t say who will replace Hunter in the long-term, but said fellow personality Brody Jackson will be filling in as of Tuesday morning.

In the last ratings book (Spring 2011), QX104 held a 8.7 share and was the third-highest ranked FM station in Winnipeg.