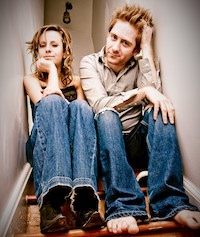 Winnipeg country-pop duo Keith and Renée will be touring with Jann Arden beginning next month.

The nine-date Western Canada tour kicks off in Victoria for two shows February 19-20, before travelling to Vancouver, Calgary, Red Deer, Medicine Hat, Edmonton and Saskatoon. The tour will end in Winnipeg at the Pantages Playhouse Theatre on February 29.

“We’re such huge Jann Arden fans,” Renée Lamoureux said in a release. “We’re so honoured to be a part of her tour. It is an incredible opportunity.”

The duo recently released their new album, Best Day, and has a single out called “Wildflower.”

Tickets to Arden’s show with Keith and Renée range from $96.75 to $118 at Ticketmaster.